There is a decided difference between popular school sports and popular camp sports. Most schools throughout the nation focus on key sports like football, baseball, softball, basketball, volleyball, and soccer. At summer camps, campers have much more exposure to non-traditional sports that receive decidedly less promotion through school but prove rather popular at camp, in spite of—or perhaps because of —the fact that they are not widely promoted in school environments.

Tennis is a sport to which most children are exposed for only a few weeks of physical education class each year. At camp, however, it’s one of the most popular and beloved activities. Campers have the opportunity to play several hours of tennis each week on quality courts and even participate in intra and inter camp league play. Furthermore, the instruction is excellent. Many summer camp tennis directors are former tennis pros who have played at the elite level in premiere tennis competitions.

Lacrosse, although popular in New England and other pockets of the Eastern United States, is not widely played in many regions of the country. Yet, it’s one of the most popular camp sports. Many summer camps offer extensive and ever growing (by popular demand) lacrosse programs. Most camp lacrosse specialists play at the college level and many lacrosse heads coach at the college level.  Campers who hail from geographic regions in which lacrosse is still an underdog sport have the opportunity to receive valuable, quality instruction that surpasses anything available where they live. In fact, many of these campers play lacrosse for the first time while at summer camp and discover a new favorite sport.

For children who love water, boating is another popular camp activity to which most campers receive little to no exposure during the 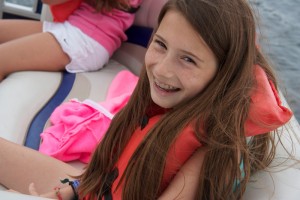 school year. Camp waterfronts are a crucial part of camps, and campers spend a lot of time in or on the water at camp. To sweeten the pot, summer camps make various types of boats available so that campers can try their hand at canoeing, kayaking, sailing, and even stand-up paddle boarding. Waterskiing is another popular water sport on which many camps place a particular focus. Campers have the opportunity to waterski throughout the summer, and some of the most enthusiastic camper responses every summer are those of campers who get up on water skis for the first time.

Animal loving campers adore camp equestrian programs. Campers who live in urban environments and have minimal exposure to animals throughout most of the year enjoy learning to care for and ride horses. The experience is doubly beneficial when the fact that equestrian programs are virtually non-existent at the majority of schools is taken into consideration. 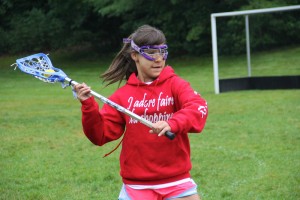 Campers race to suit up for roller hockey. It’s an action packed and fast paced sport that is fun to play and a key activity in many camp programs. Not only do a lot of campers embrace an otherwise unfamiliar sport in roller hockey, they learn how to skate as well!

Archery. Most schools don’t offer archery, even as part of a physical education program. But it’s a regular part of camp, and pretty much every camper who takes aim at the bulls-eye throughout the summer will tell you that it’s a fun one.

Golf. Yep, many camps offer golf instruction as well. Campers love to relax while driving balls and working on their strokes. They also like that golf is a sport in which it is relatively easy to measure one’s level of improvement throughout the summer.

Gaga is practically synonymous with camp. It’s serious business there, and it can get intense. Gaga is  practically unheard of outside of the camp realm. Still, ask virtually any summer camper to list their top five favorite activities at camp, and chances are that gaga will appear somewhere on that list.

Many a camper engages in what will become a favorite sport at camp for the first time. Perhaps it’s because some sports are a rare treat 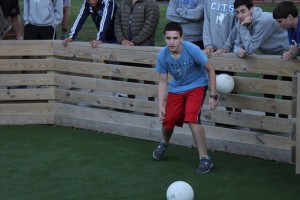 that, if it wasn’t for sleepaway camp, campers know they would never get to experience and, therefore, are eager to embrace. It can also be that campers find the newness of such sports refreshing in respect to the typical repertoire of school sports. Either way, summer camp is an excellent way for campers to receive exposure to and quality instruction in sports that may not be so popular at school but prove very popular at camp.