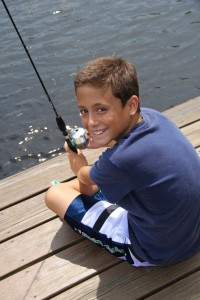 The outdoors and adventure are both synonymous with camp, so it’s no wonder that some of the most popular activities at camp involve outdoor adventure. Summer camp outdoor adventure programs of today have transcended the traditional nature walk (although those still occasionally happen). Outdoor adventure at camp truly incorporates “adventure” into the activities. Campers have the opportunity to scale 50 foot walls or fly over camp on a zip line. They maneuver their way across high and low ropes courses. Using GPS trackers, they locate objects hidden throughout camp. On sunny days, they hike through the woods while enjoying waterfalls, mountain views and absorbing the scents of leaves, trees, and grass. They learn valuable outdoor living skills.

Adventure is defined as an “exciting or unusual activity.” Certainly, for most campers, there is very 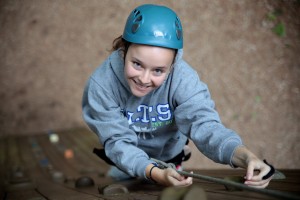 little that is mundane about standing at the top of a 25 foot platform preparing to take a leap of faith. For that matter, even the traditional hike through the woods is less than ordinary for the majority of children today. Campers frequently report feeling “refreshed” or “invigorated” following outdoor adventure activities. A study conducted by the Children & Nature Network suggests those aren’t just adjectives. 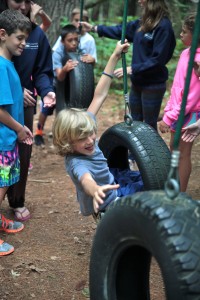 Children who spend time in close proximity to the outdoors tend to feel more energetic than children who spend large amounts of time indoors. They’re also less stressed and anxious. That’s because fresh air literally has a calming effect. Another study conducted by The National Recreation and Park Association concluded that, simply put, our brains need oxygen. Oxygen promotes a healthy psychology as well as helps children relax and even improves their immune systems. There is also data to suggest that exposure to the outdoors has a positive effect on attention deficit and hyperactivity disorders. The study concurs with that conducted by the Children & Nature Network; there is a reason parks were built in urban areas to promote good health. They do just that.

Outdoor adventure activities at summer camp provide campers with the opportunity to immerse themselves in the outdoors through exciting mediums that aren’t available to them at home. Although 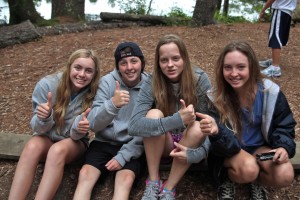 climbing walls and even zip lines are being constructed by many suburban recreational centers, a good number of them are indoors. Engaging in adventurous activities outdoors reaches beyond mental and physical health benefits. It helps campers develop an appreciation for the natural environment and a distinct awareness of what separates artificial environments from nature. Sure, several outdoor adventure activities can be recreated indoors, but the sights, sounds, and smells that campers learn to associate with them cannot.