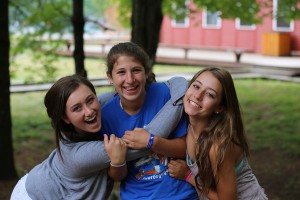 Deciding to return to summer camp is a big decision that many families are already making.  Sure, it’s difficult to think about summer camp when the temperatures begin to plunge and the holidays are just around the corner.  However, it’s actually the perfect time to decide about returning to camp. The camp season is far enough removed that campers have had time to reflect on their summer.  Parents, also, likely have adequate feedback by now to be able to evaluate the value of sleepaway camp as registrations begin opening to returning campers and, in fact, at some camps, registration is almost complete. Beyond memories and adventures, there are many factors to consider, particularly as campers get older and new options begin to present themselves.  Here are some to think about:

Each summer is a new and unique experience highlighted by changes from year to year: the

introduction of new activities as well as the tweaking of existing ones, fresh staff faces, new facilities or remodeled ones to accommodate new programs or expand popular ones.  Camp is truly never the exact same experience twice!

Aside from the physical changes to the camp program, campus, and staff, as children journey through their camp years, they look forward to age-specific traditions each year.  Some of them are relatively small, such as sitting at a special place during meals or a later wake-up in the mornings.  Others are fairly monumental–the trips get bigger and longer, the leadership roles become more significant, and the impact of the traditions themselves grows. 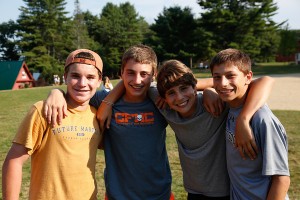 Bonds strengthen over time.  It’s always touching to hear returning campers talk about meeting their best friend at camp or share stories about their favorite counselors.  There is the intimacy of the bunk or cabin environment as well.  As children move through camp with their friends, they become very close.  Fresh opportunities also present themselves each summer for campers to make new friends while trying different things.

When one considers how much change happens at camp each summer, it’s easy to see that

by not returning–even for a summer–campers miss out on something big!  The primary goal of sleepaway camps is to make sure campers are safe and have fun.  Their staffs work tirelessly during the winters and dedicate long hours during the summer to make each summer better than the last, which means that probably the most important thing to contemplate when deciding whether to return to camp is that next summer could be a camper’s best summer ever!