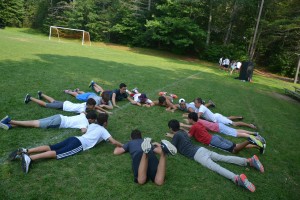 For most campers, when the summer of 2014 draws to a close, there is always next summer to which they can look forward. For the oldest campers, however, farewell this summer means farewell forever to their years as campers. Even though a significant number of former campers choose to return to summer camp as staff members later, the experiences they gained as campers are unique to those years. Although it is difficult to say goodbye at the conclusion of their final summer, it is also a time when older campers reflect upon their camp years and truly take inventory of what camp has meant to them and will continue to mean as they proceed in life. 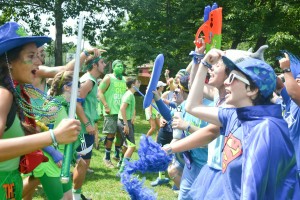 as they move through their high school years and college becomes a focus. There is, for instance, respect for tradition. College campuses, like resident camps, are built on traditions that help define them.  Former campers understand the importance of their role in these traditions by creating experiences that are both memorable and worthwhile.

Former campers know how to show spirit and to live in the moment as well. At camp, campers are sensitive to the fact that their time at camp each summer is limited and they embrace each minute. Having already learned to comprehend that their camp years are limited to a specific timeline in their lives, former campers arrive on college campuses already understanding that their college years are much the same. 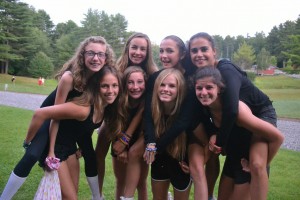 There is also an emphasis on total involvement at camp. Summer camp is about creating an environment in which campers feel encouraged to try new things and to push their level of comfort each summer. In the safety of a setting that emphasizes inclusion, campers learn to understand that diversity is key to success. It takes many types of people and talents coming together to make camp the beloved place that it is in the hearts of the campers. With such an understanding, campers tend to get to know and befriend individuals who they might not otherwise have taken the time to get to know in a setting that does not facilitate similar ideals.  Having been submerged in such a culture for several summers, campers are well equipped for the transition from home to college life after several summers at camp. They also tend to be somewhat open- minded when it comes to new things and experiences.

Older campers also come away from camp as leaders. Whether they have led fellow campers in an activity or helped mentor and lead younger campers in their later camp years, leadership is another quality that is rigorously promoted and embraced at sleepaway camp. 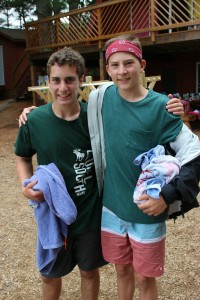 home each summer and make decisions for themselves. Making healthy eating decisions, for instance, is an important skill that children learn at camp. Campers also learn how to juggle multiple commitments at once, such as having a role in a camp show while simultaneously playing on a sports team. They co-habitate daily with several other campers and learn how to maximize their living space.

Clearly, those campers who will say goodbye to camp at the conclusion of the summer are bringing away far more than fun memories of a place where they spent their childhood summers. They’re bringing away experiences that translate into life far beyond camp.

One thought on “Bringing Away Life Skills”