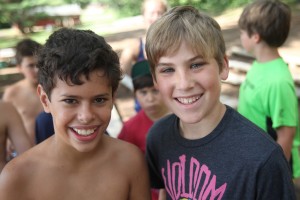 Do you ever find yourself wishing your children would put their phones away for one day? If so, then consider an opportunity for them to put their phones (and all other forms of media) away for several weeks. One of the primary goals of summer camp is to encourage children to be active while interacting with each other and the environment. In order to facilitate this, most camps have strict restrictions regarding the use of technology. Neither campers nor staff are permitted to have phones, laptops, television, video games, or anything capable of accessing the web. If you think you can hear your children groaning already, think again. Most campers actually report that they enjoy the media break camp provides.

With conditions such as social media anxiety and Facebook fatigue on the rise, it’s 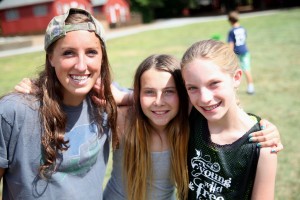 no wonder that campers value a break. Not only is it a nice reminder that there is more to life than Twitter or Instagram, time spent with friends at camp reiterates the value of interpersonal communication. Body language speaks volumes. LOL is never quite the same as the sound of a friend’s laughter, and ROFL never has quite the same effect as actually seeing someone so doubled over with laughter that they’re rolling on the floor. The former are strictly exchanges. The latter are experiences, and it’s experience that makes memories. Virtually no one ever mentions that time that “so and so” texted “such and such.” But they do recall that time by the Waterfront…or in the bunk or cabin or…in the Dining Hall, for several years after it happens. Those are the types of memories over which campers exchange fond tears on the last night of their last summer at camp and, in many instances, the post camp reunions to come. 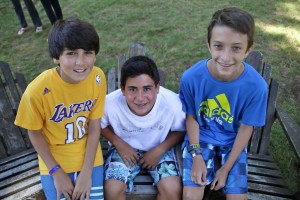 Seeing and hearing real time reactions also keeps children in touch with acceptable behavior when it comes to communication. By seeing firsthand how people respond to them, children are able to gauge when they’ve gone to extremes that may be hurtful to others. Likewise, they are also able to take note of those conversational approaches that receive positive responses from camp friends as well as those that even help them make new friends. In other words, campers don’t miss their social media because it is replaced with time with each other. Children are less likely to bully each other or express thoughts or ideas they may later regret. In short, people are a much better deterrent to unacceptable behavior than a monitor or phone screen. There is much more immediacy and accountability.

The media break that camp provides helps children put social media into perspective as well. They come to understand that social 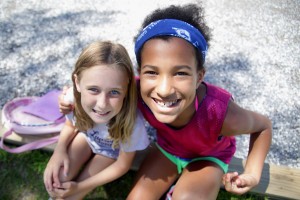 media is just an interim form of communication rather than the exclusive form. Yes, it’s a fun way to keep in touch with friends, including those camp friends who live far distances and are rarely seen away from camp, but it’s also not the sum total of life. Rather, it’s a fun tool for engaging with others when it’s not possible to see them in person, and its importance should not be overvalued.

Most importantly, what children learn during their media break at camp is that they can live without it. Not only is it possible to live without it, life can be enjoyable while doing so. Chances are, those who have been to summer camp think twice before declaring that they could never live without their phone or other media devices, because they know otherwise. And they also know that sometimes the fun of communication is the creativity with which they must go about it in interpersonal situations.