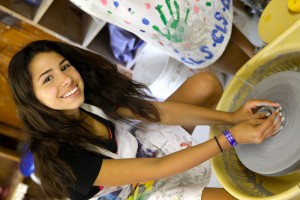 Parents: prepare for your pantries to be emptied, your laundry rooms to be full, and your television remote controls to become affixed to your children’s hands.  The campers are coming home, and they’re riding a camp high.  They have a lot to tell you.  Get ready to hear a lot of stories about camp (over and over), be let in on a lot of inside jokes that you probably won’t understand because “it’s a camp thing” (laugh anyway), learn everything you could ever want to know and more about new friends (excellent excuse to look at camp photos again with your children), and listen to camp songs and cheers (they’ll likely want to teach them to you too).  Sometime around mid-September, you’ll probably start wagering with your spouse about whether your children will stop talking about this summer before next summer starts (not likely).

You’ll try to start conversations about things other than camp (you’re pretty sure you’ve seen an episode or two of Pretty Little Liars), 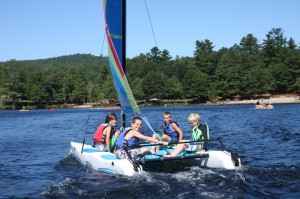 but inevitably the conversation will come back to camp. (Remember the episode when Spencer realized that she’d been to summer camp with Hannah’s stepsister?  And speaking of camp…) But just when you’re starting to feel camped out, something will happen this fall that will make you remember why you love hearing about camp.  Registration for next summer will open.   You’ll remember that this is the point every year when still hearing about this summer even though it’s time to start thinking about next summer transforms into music to your ears, and the lyrics are your children’s way of telling you that they love camp (even though by that time they’ve said they love camp about a million times).  You’ll think about everything they’ve shared with you about camp, try (and fail) to count how many times they’ve used the word “camp” since they’ve returned home, and maybe even admire some of their arts & craft handiwork as you pat yourself on the back for deciding to give your children the gift of summer camp (then you’ll check the camp website for the Visiting Day 2014 date).

I can’t believe the summer is almost over. Everybody says it goes by quick, so I should enjoy every minute of it. That’s really true most of the time at camp. Camp has flown by. I cant believe its almost over. At camp, there’s always something different coming up. Sometimes I know what it is, and sometimes it’s a surprise. I guess it’s good to not always know everything in advance. We had a lot of intercamps this year. It’s a lot different than playing on a team at home, where it’s the same people all the time, and everybody is talking about wins and losses. We always have different teams for intercamps. It’s much better to win, but if we lose nobody yells.

It was pretty cool that we did a lot of different sports all summer. Baseball, basketball, lacrosse, soccer, softball, gymnastics, fitness and probably more that I
can’t remember. We had a gaga competition too.
They definitely don’t have teams for that at home. I tried stuff I never tried before. Some of them were a little scary at first, but I saw other people doing them, and the counselors were really good about teaching new things. I never knew how much fun rock climbing could be. And there were other kids who had never gone mountain biking or done gymnastics or waterskied or were kind of scared of swimming. Probably everybody I know tried at least one new thing this summer.

I also didn’t know if I would be any good in the play and dance show. I guess I was pretty good. People laughed and clapped at the right times, so that was fun.
Okay, I can’t forget the trips. Different people went to the Rangeley Lakes, state parks like Camden and Baxter, and even Acadia National Park. I would definitely like the job of the person who goes to all those places and figures out which is the best one for each group. I didn’t know much about Maine before camp, but it’s an amazing state. 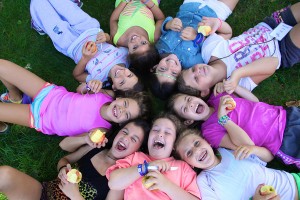 Ummm… we had campfires. We learned about camp traditions. And we had great food! I thought I would be homesick, but I wasn’t. Well, once. But I don’t even remember why now.

School is starting in less than a month! Only 10 months until camp starts again! Yay! We’re in the home stretch now, but we’re still having an amazing time at Laurel South! Yesterday was our final “S” Day of the session, and what an incredible time we had at Funtown. The rides, the food, the fun and the friendships will not soon be forgotten.

We’re so excited for our theater night tonight. Our younger campers did such an amazing job with The Lion King, and we are psyched for tonight’s performance of Hairspray. What incredible talented campers we have!!! Tomorrow will be our final program day of the session. We’re so sad that its coming to an end, but we look forward, with great anticipation, to our Steak and Lobster Banquet tomorrow night, our final Social and Closing Ceremony Council Fire. Stay tuned… There may be less than a week left in the Laurel South 2013 summer, but the fun hasn’t slowed a bit. The 8th Graders had a fabulous time on their trip to North Conway! Today, Roger and Dagni took all 90 members of the Five Year Club to town for a movie morning! Tonight is the 3rd Annual Moosebowl and the Rattlesnakes and Black Bears are set for action. This is truly an all camp affair, as we have our traditional tailgate cookout dinner, the singing of the National Anthem, tee shirt slingshots, half time dance shows and sooooo much more.

The good times just keep on rolling at Laurel South!!! 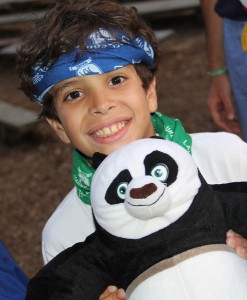 It’s hard to believe another summer at Camp Laurel South has nearly come and gone, but here we are. In just a few weeks, the camp season of 2013 will be a memory and school buses will once again be a regular sight around many neighborhoods. There is always a feeling around camp at the end of the summer that someone pushed a fast-forward button. Right about now, campers and staff begin reflecting on where the time has gone. But something happens in that reflection; they remember EVERYTHING they did over the summer.

Moments at camp happen so fast. The days are packed full of adventure. When campers and 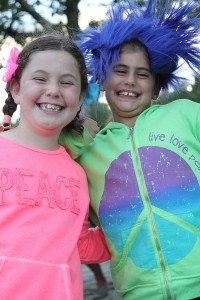 staff begin to inventory their summer memories, they’re often in awe of the amount of things they achieved in such a short period of time. In retrospect, the summer seems endless. There were the big adventures; trips, all camp events, campfires, shows, performances, leagues, Spirit Days. There were the daily activities; swimming, playing sports, arts and crafts, theater, nature, fishing, etc. Those are the memories that seem to make the summer go on forever. Then there were the moments and events that stick out as really special; being with friends, creating that special craft project, riding a zipline for the first time, hitting a bullseye in archery, making a foul shot in basketball, getting up on waterskis. Those are the memories that freeze time. They’re the ones that make the summer of 2013, “Summer 2013” in hearts and memories. Those are the moments behind teary goodbyes, repeated camp stories, and the countdown for next year. Memories are a great dessert after a filling summer, and like every great dessert, everyone wants more.

We had an incredible time at our amazing Spirit Days 2013 competition. For a day-and-a-half, the Blue Knights and Green Vikings battled it out in one of the most spirited, evenly matched Spirit Days yet. We are so proud of our wonderful CIT group who led the camp through this 36 hour period. They were awesome and their spirit was truly infectious. We all had a ball!

After a late wake up this morning, we are right back into our “A” Day schedule. Our 6th graders are headed out on their camping trips and our 8th graders embark on their trip to North Conway on Sunday. Intercamp games and tournaments continue full steam ahead.
We may be half way done, but there’s no halting the
fun and friendships of a Laurel South summer!!